10 second video sold for 48 crores, find out what’s special in this video

This special video was created by a digital artist named Beeple.  The 10-second video is currently selling for 6 6.6 million, or Rs 48.42 crore. 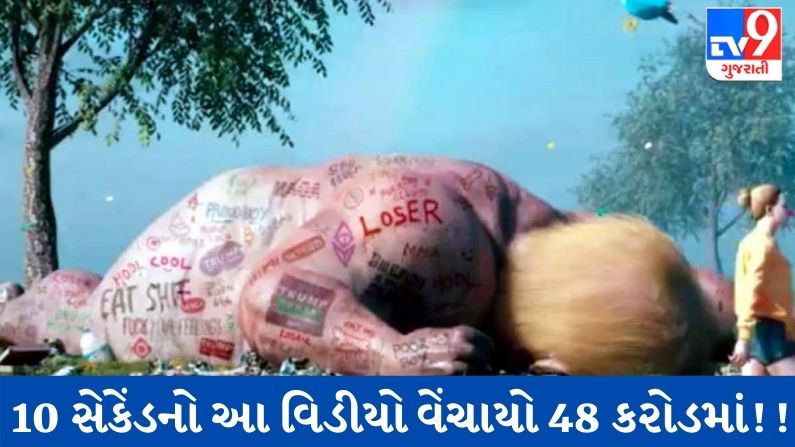 Have you ever wondered how much money a man can earn from a 10 second video?  You may have also shot many such short videos.  But none of them thought of making money through video.  Many such videos will be lying on your phone.  One such 10-second video maker has earned Rs 48.42 crore.

This special video sold for 48 crores

This is October 2020.  The digital artist living in Miami, USA has spent 67 thousand dollars or 49.13 lakh rupees on this 10 second artistic video.  Now he has sold this video.  The 10-second video is currently selling for 6 6.6 million, or Rs 48.42 crore.  Let’s find out what’s special about this video.

Who created and who bought this special video?

This special video was created by a digital artist named Beeple.  His original name is Mike Wickelman.  The video was purchased by a young man named Pablo Rodriguez Freil.  Reuters has shared this video on social media platforms.  His real name is Mike Wickelman.  These videos have been certified by an organization called Blockchain.  This is called a non-fungible token (NFT).

How is this video made?

There is a lot of work to be done based on technology to make this special video.  Many people also invest in it.  Because such special video remains only on the NFT digital platform.  If one likes such a special work, one can get crores of rupees.  This is a recent example.  Online duplication of such videos is not possible due to blockchain technology.

What’s so special about this video?

This video was purchased by art collector Pablo Rodriguez Freil.  Pablo said he was very impressed with Beeple’s work so first bought the artwork of the video from him.  In this artistic video, it can be seen that former US President Donald Trump has fallen.  Many tattoos have been made on her body, slogans have been written.  A bird also sits on its body which points to Twitter.