Many temples are to be closed during Navratri during the Corona period.

On the other hand, the government’s ban on Garba planning has caused frustration among Mataji’s devotees.
But the good news in the meantime is that one of the 51 Shakti Peeths, the temple of Ambaji in Adyashakti and its original location, Gabbar Parvat Dham, will be open to devotees on Navratri. 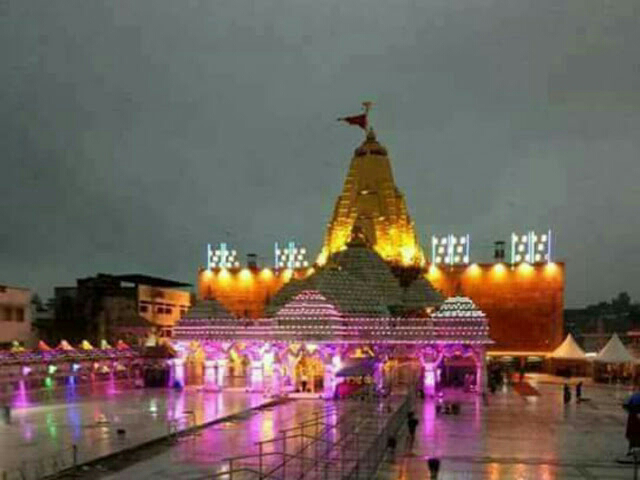 Due to the replica of 51 Shakti Peeths set up around Gabbar by Shri Arasuri Ambaji Mata Devasthan Trust, the devotees get a rare opportunity to see all the Shakti Peeths in one place.
Both Ambaji Temple and Gabbar will remain open
As per the instructions of the state government, the Garba program in Ambaji has been canceled this year, but the darshan at Mataji’s temple will continue as usual during Navratri.
In the wake of Corona, the Ambaji Temple Trust has laid all the facilities and arrangements as per the guidelines of the state government on Covid 19 at the temple premises and at Shaktipeeth Gabbar Parvat, with special emphasis on the health and safety of the devotees waiting for Ambaji Darshan.
In addition, health measures are being taken by locals, auto and taxi drivers, inns and hotels to protect visitors from the corona.
Darshan time changed during Navratri
During Navratri, from October 17, the time for Darshan for pilgrims will be from 8 am to 11.30 am, 12.30 pm to 4.15 pm and from 7 pm to 9 pm.
7:30 a.m. to 8 p.m.
Morning Darshan 8 to 11:30
Rajbhog at 12 noon
Afternoon Darshan 12:30 to 4:15
Evening Aarti 6:30 to 7:00
Darshan will be held at Ambaji Temple from 7 to 9 in the evening at 7:30 in the morning.
Aarti will be held at 6:30 pm.
The temple will close at 4:15 p.m.
Ambaji Temple Navratri Darshan Time 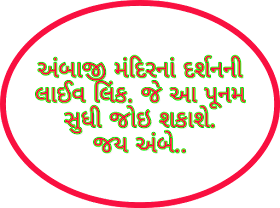 Every devotee must enter the temple wearing a mask.  In addition, admission to the temple will be given only after sanitation and screening with social distance.
The temple administration has also appealed to children below 10 years of age and citizens above 65 years of age not to come for darshan during the current epidemic.
Located at an altitude of 1600 feet, the original location of Amba, Shaktipeeth Gabbar Parvat Ambaji Dham has also been opened for devotees.
Mataji’s original manifestation is located at a distance of 3 km from Gabbar mountain Ambaji. 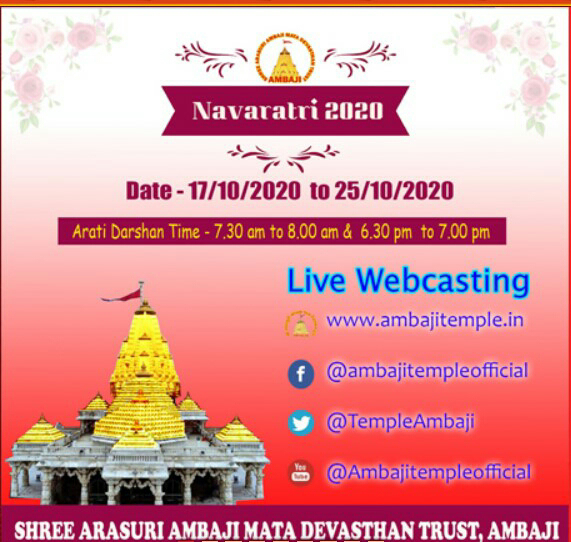 See also  Budget 2021 Live Updates: FM Nirmala Sitharaman to present Budget today at 11 am
The main Shakti Peetha of Mataji’s 21 Shakti Peethas will be working with vigilance and awareness in the service of the ropeway (Udankhatola) pilgrims for the complete view of the unbroken flame of Maa Ambaji on the original location Gabbar Parvat.
The Gabbar mountain in the Aravalli range is years old.  The heart of Goddess Sati is also called “Hadayapith” as it lies at this place.
The unbroken flame of Ma has been burning on the Gabbar mountain for thousands of years.
The footprints of Maa and the traces of the chariot are still present in the holy place of Amba.
It is believed that the Chaulkarma (Babri) ritual of Lord Krishna took place on the Gabbar mountain.
On the Paras Pipli tree located on the Gabbar mountain, women tie a rope and tie a bracelet to protect their unbroken good fortune.
In ancient times, in order to kill Ravana, Amba gave Rama an arrow to Rama over the holy place of Gabbar, which is believed to have destroyed Ravana.
This holy place is the heart of 51 Shakti Peethas.  An unbroken flame of Amba is lit in the Gabbar Upar, which is visible in a straight line from the present Ambaji temple.
Garba will not happen in Khedbrahma’s Ambika temple
On the other hand, it has been decided not to hold Garba in Navratri in the chowk of Ambika Mataji temple in Khedbrahma.  The trustees of the temple have decided not to brag about the Corona epidemic.
Mataji’s Ghat installation, pujan and aarti will be held in the temple during Navratri.  But the temple will be open for Mataji’s darshan.  Devotees will be able to see Mataji in Navratri.
Devotees will be able to watch Mataji through social media even while sitting at home.
See also  Budget 2021 Live Updates: FM Nirmala Sitharaman to present Budget today at 11 am