To improve the education sector in Gujarat, the World Bank has announced a grant of about Rs 3500 crore. 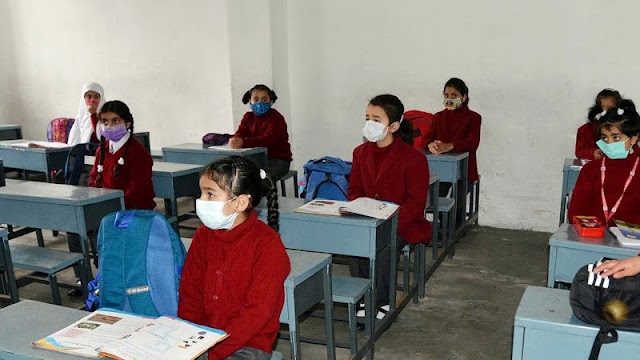 1.10 crore primary school students in the state will get the benefit

The assistance announced by the World Bank under Outcomes for Accelerated Learning Program (GOL) will benefit about 40,000 teachers in the state and about 11 million students in 54,000 schools.  Let me tell you that this is a long-term partnership program between India and the World Bank to strengthen the foundation of public school education. આ પણ વાંચો: વાહન અકસ્માત સહાય યોજના જાણો પૂરી વિગતે માહિતી 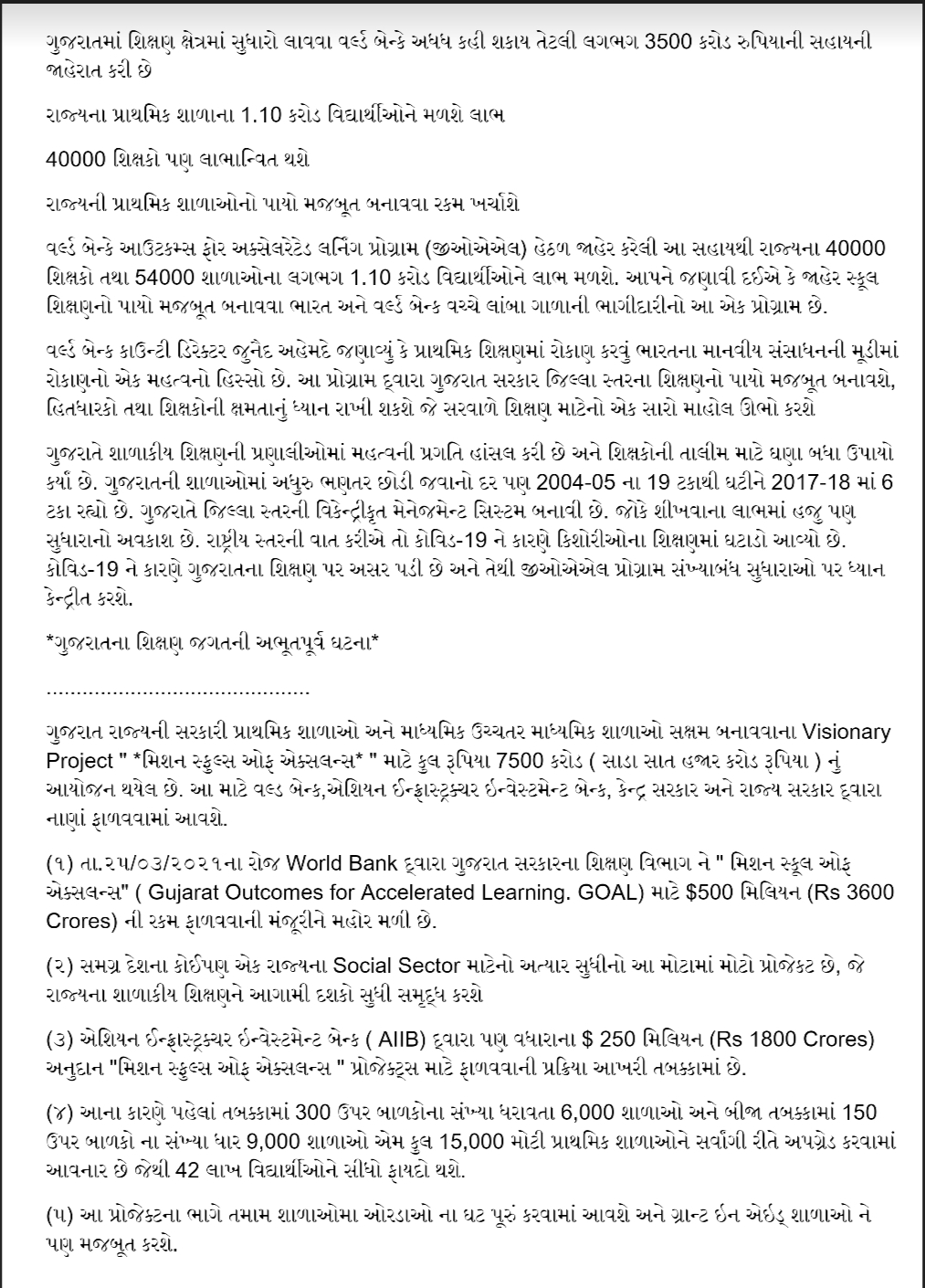 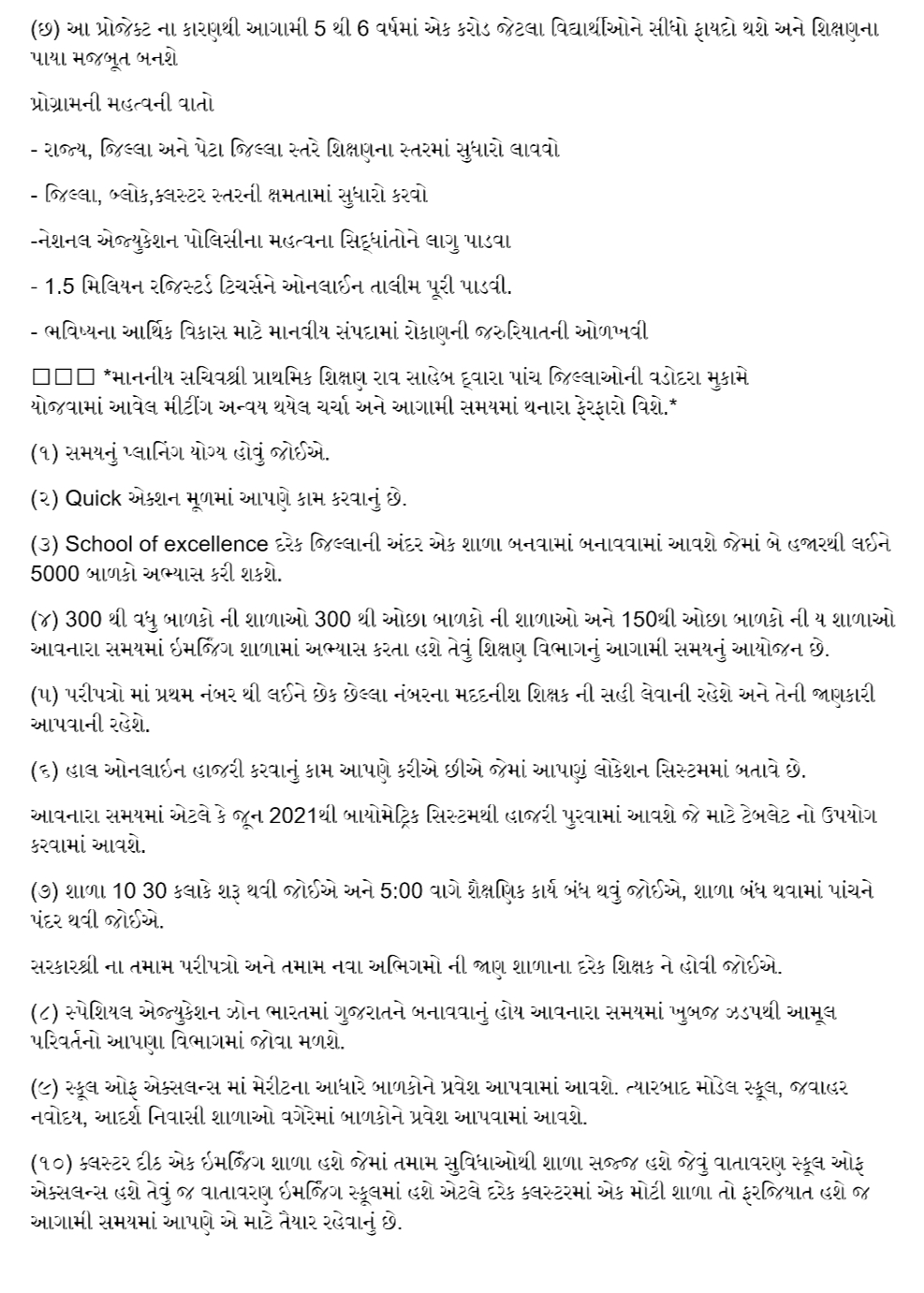 Gujarat has made significant progress in school education systems and has taken many measures for teacher training.  The dropout rate in Gujarat’s schools has also come down from 19 per cent in 2004-05 to 6 per cent in 2017-18.  Gujarat has created a district level decentralized management system.  However the benefits of learning still have room for improvement.  At the national level, Kovid-19 has led to a decline in adolescent education.  Kovid-19 has affected education in Gujarat and hence the GOL program will focus on a number of reforms. આ પણ વાંચો: તમારી ઉમર ચેક કરો. તમારા જન્મ ને કેટલી કલાક થઇ, કેટલી મિનિટ થઈ, કેટલી સેકન્ડ થઈ જાણો 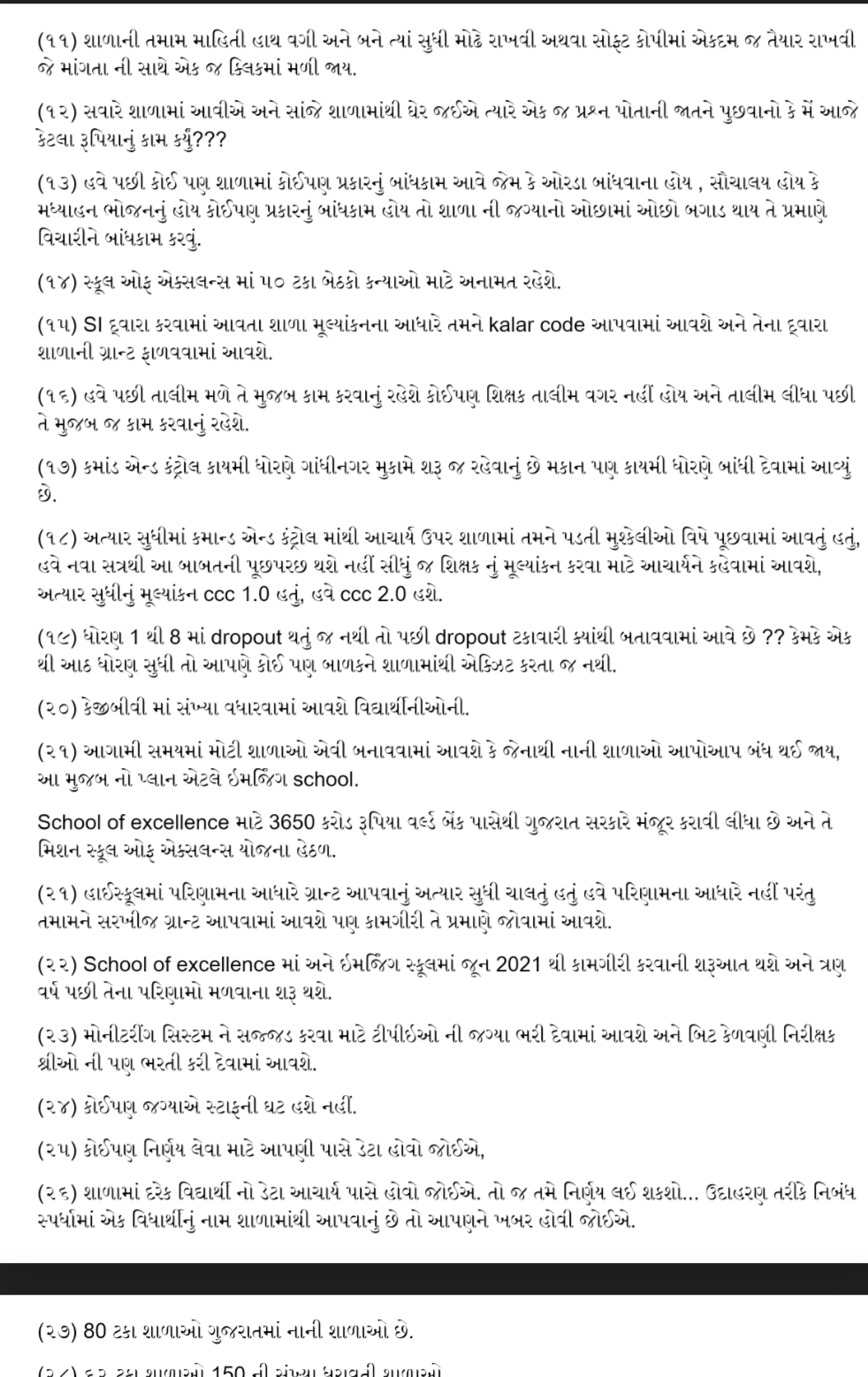 Unprecedented event in the education world of Gujarat

all 7500 crore (Rs. Seven and a half thousand crore) has been planned for the Visionary Project “* Mission Sfuls of Excellence” to enable Government Primary Schools and Secondary Higher Secondary Schools in the State of Gujarat.  This will be funded by the World Bank, the Asian Infrastructure Investment Bank, the Central Government and the State Government.

(2) This is by far the largest project for the Social Sector of any one state in the entire country, which will enrich the school education of the state for decades to come.

(3) The Asian Infrastructure Investment Bank (AIIB) is also in the final stages of allocating an additional $ 250 million (Rs. 1800 Crores) grant for “Mission Sfuls of Excellence” projects.

(5) As part of this project, the shortage of rooms in all schools will be completed and the grant-in-aid schools will also be strengthened.

(6) The project will directly benefit about one crore students in the next 5 to 6 years and strengthen the foundation of education.

Highlights of the program

– Improving the level of education at state, district and sub-district level

-To apply the important principles of the National Education Policy

Discussion regarding the meeting held by Hon’ble Secretary Primary Education Rao Saheb at Vadodara in five districts and about the changes to take place in the near future.

(1) Time planning should be appropriate.

(2) We have to work on the root of quick action.

(3) School of Excellence will be set up in each district to make a school in which from two thousand to 5000 children can study.

(5) Circulars from first number to last number should be signed by the assistant teacher and his information should be given.

(6) We currently do online attendance which shows our location in the system.

In the coming time i.e. from June 2021 the attendance will be filled with biometric system for which the tablet will be used.

Every teacher of the school should be aware of all the circulars of the government and all the new approaches.

(8) Special Education Zone is to be created for Gujarat in India. In the coming time very soon radical changes will be seen in our department.

(9) Children will be admitted in the School of Excellence on the basis of merit.  The children will then be given admission in Model School, Jawahar Navodaya, Adarsh ​​Residential Schools etc.

(10) There will be one emerging school per cluster in which the school will be equipped with all the facilities. The environment will be the same as the school of excellence in the emerging school, so one big school in each cluster will be mandatory. We have to be ready for that in future.

(11) Keep all the information of the school by hand and by heart till it is done or keep it ready in soft copy which can be found in one click with what you want.

(12) When we come to school in the morning and go home from school in the evening, the only question to ask ourselves is how much money did I do today ???

(14) 50% seats in School of Excellence will be reserved for girls.

(15) Based on the school evaluation done by SI, you will be given a kalar code and the school grant will be allotted through it.

(16) From now on, you will have to work according to the training you get.

(18) Until now the principal was asked about the difficulties you face in school from command and control, now from the new session this matter will not be inquired directly the principal will be asked to evaluate the teacher, so far the evaluation was ccc 1.0, now ccc will be 2.0  .

(19) If there is no dropout in standard 1 to 8 then where is the dropout percentage shown ??  Because from standard one to eight, we do not send any child out of school. આ પણ વાંચો : તમારા વાહન નું PUC કઈ રીતે ડાઉનલોડ કરવું જાણો

(20) The number of female students in KGBV will be increased.

(24) TPEOs will be replaced to tighten the monitoring system and BIT Education Inspectors will also be recruited.

(25) There will be no shortage of staff anywhere.

(26) We must have data to make any decision,

(27) The principal should have the data of every student in the school.  Only then will you be able to make a decision … For example, in the essay competition, we have to know if a student has to be named from the school.