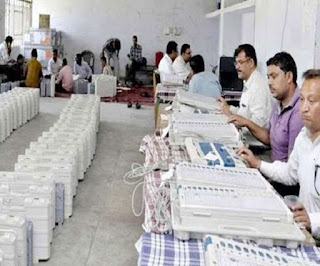 Bihar Election Result 2020 ECI: After conducting three-phase polling for the 17th assembly election in Bihar, the Election Commission has come up for preparations for counting of votes.  3734 candidates with more than three crore voters are eagerly awaiting election results.  In such a situation, all eyes are now fixed on Tuesday’s counting. 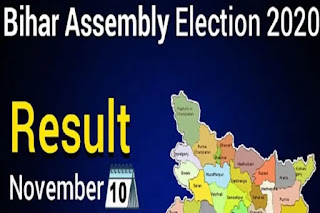 Exit polls are proving extremely uneasy for candidates.  The pace of beats has increased in wait for results from mango to khas.  The government has lost sleep in fear of revenge.  Relax has disappeared.  It is difficult to cut 48 hours.  The candidates are awaiting the results and the magic figures needed to form the coalition government.  It will be decided on Tuesday that Nitish Kumar will once again become the Chief Minister or Lalu’s Lal Ka Dunka or some third trump card will emerge.

Counting of 243 seats will be done in 55 places

Corona will delay the result

This time due to corona protocol, results may be late.  In most of the assembly constituencies in districts, one or two halls have been arranged for counting.  Four halls have been constructed in Hayaghat assembly constituency of Darbhanga district, three halls for counting Siwan seat.  The control unit and VVPAT will be sanitized before bringing the caring case to the counting table.  A table has been deputed on each table to display the de-sealing and election results of the control unit and VVPAT.  In such a situation, due to all the precaution, the result of the election will be a little delayed this time.  The number of booths has increased by 45 percent due to Corona.  This is why counting is likely to take a little longer.

CCTV cameras have been installed for security and other reasons along with transparent management during the counting of votes.  Any candidate or party representative can see it.  The election result will be displayed on the big screen.  The Commission has directed that large-scale counting agents should be provided space.  Ensure that the election results displayed through the control unit are displayed on the big screen.

Postal ballot will be counted first