Cinema Hall will be open from October 15, Unlock-5 guideline announced 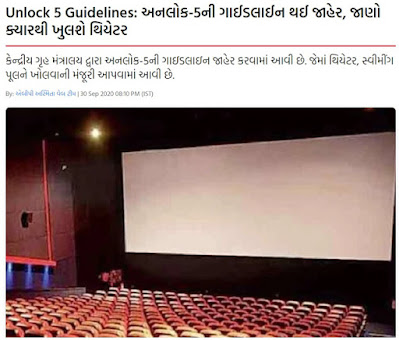 The Union Home Ministry has released the guideline of Unlock-5. It has announced more concessions than last time. Under this the states have been given the right to start a school. So the cinema hall will be able to open from October 15. But no concessions have been made in the containment zone.
According to the guidelines issued by the Home Ministry, cinema halls, theaters and multiplexes will be allowed to open in the country from October 15. These cinema halls, theaters, multiplexes will work at their 50 per cent capacity. That means half the seats will be vacant. The Ministry of Information and Broadcasting will soon issue detailed guidelines in this regard.

To reopen schools and coaching institutes, the State / UT Governments have been given relief to take a decision after 15 October 2020, respectively. The decision will be taken after consultation with the concerned school / institution management, based on the assessment of the situation and subject to the following conditions. 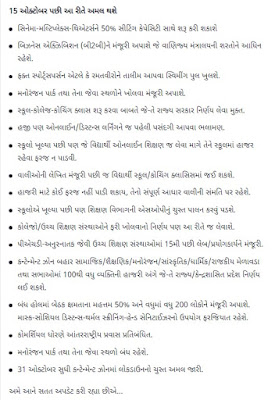 This will be implemented after October 15 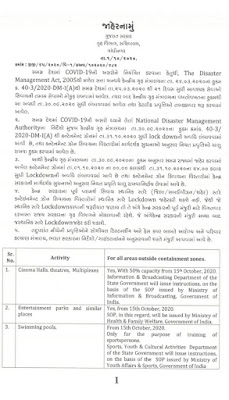 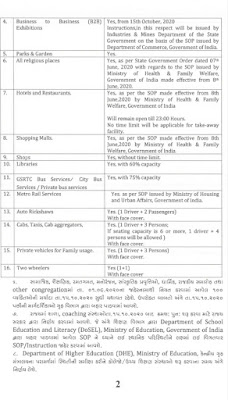 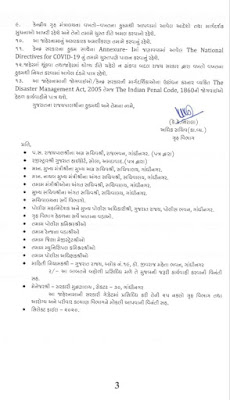 The Unlock-5 guideline has been released by the Union Home Ministry. In which theater, swimming pool are allowed to open. This can be opened with 50% of the seating capacity. The government will soon announce the SOP.
The state government may decide to reopen the school and coaching institute after October 15, the guideline said. The hall at the school, Cinema, has been closed since March. It will now be allowed to open with conditions in Unlock 5.
Exhibitions organized at the company level will be allowed to be held from October 15, the home ministry said. The standard management procedure for this will be announced by the Commerce Department.
Amusement parks and similar venues will be allowed to open after October 15, for which the SOP will be announced by the Ministry of Health.
The state government will decide whether to allow more than 100 people in social and political programs
The number of corona infected patients in the country has crossed 62 lakh. While 51,87,825 people have recovered so far. The recovery rate in the country is 83.33 percent