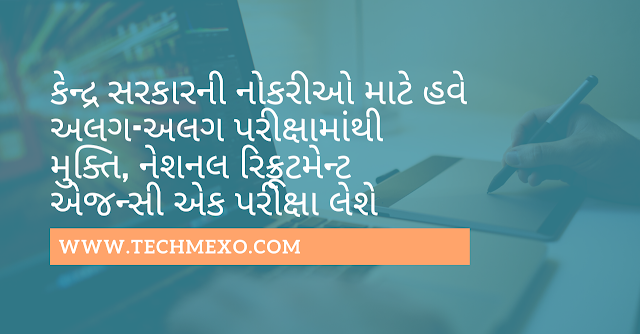 The Union Cabinet meeting, chaired by Prime Minister Narendra Modi, has sealed a major decision on youth and employment. Under the decision, the cabinet has approved a single test system for central government jobs. For this, the Union Cabinet has given the green signal to the proposal to set up a National Recruitment Agency (NRA). The agency will now conduct Common Eligibility Test (CET) for recruitment to Non-Gazetted Posts of the Central Government. 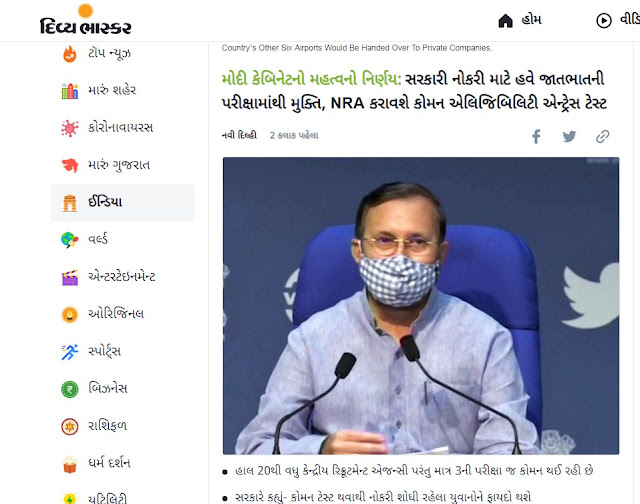 Union Information and Broadcasting Minister Prakash Javadekar said that this is great news for the youth looking for government jobs. After the establishment of NRA, only one test has to be given to the youth who sit for different examinations for central government jobs. Javadekar said young people have to take many exams for jobs. There are currently 20 recruitment agencies. In this, the youth have to go to many places to appear for the exams for each agency. The National Recruitment Agency will now take the Common Eligibility Test. This will relieve you from different exams.

READ NEWS IN OTHERS CHENNAL

Commenting on the decision of the cabinet, Union Minister Prakash Javadekar said that today young people have to pass many exams for jobs. Instead, the National Recruitment Agency will now take the Common Eligibility Test. In this regard, Minister Jitendra Singh said that the merit list of this Common Entrance Test will be valid for 3 years. It will benefit the youth. Prakash Javadekar said there are about 20 recruitment agencies in the country. The government has taken an important decision to end all this. Prakash Javadekar said that this demand of the youth was there for years. However, no decision has been taken so far. The decision will also alleviate the suffering of the youth and save them money. Youngsters will now have the opportunity to go beyond a single exam. 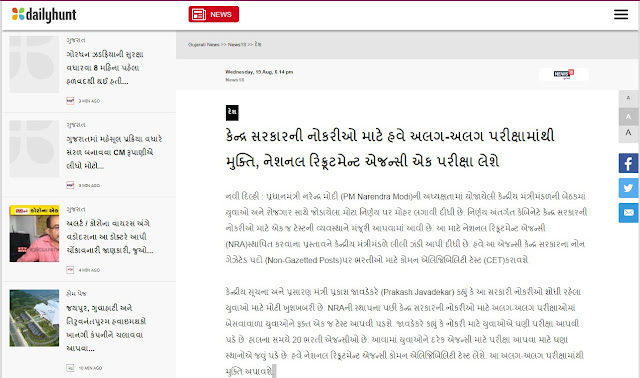 Javadekar said the NRA would directly benefit millions of youth. This demand from the youth has been raised for the last several years. Now with the establishment of NRA, their money will be saved and mental harassment will be avoided. They will have the opportunity to go through a single exam.

Secretary to the Central Government c. “We are currently making the examinations of three agencies common,” Chandramoli said. These include IBPS, Railway Recruitment Board and Staff Selection Commission for bank recruitment. Common Eligibility Test will be conducted for all recruitment agencies over time.