Lockdown Virul News In Gujarat Is It True ?? Factcheck

Corona’s condition is currently becoming explosive during the unlock phase in the state. Corona cases in Gujarat are moving at a rocket speed. The number of daily cases registered in the state has now crossed 800. A further 875 cases of corona were reported in the state yesterday. At that time, with the growing corona crisis in Gujarat, there was speculation that the state might once again face a lockdown. But the government has called this a rumor. 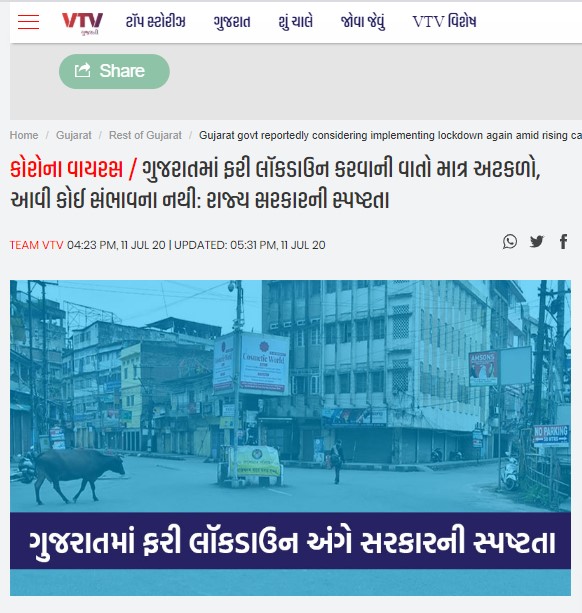 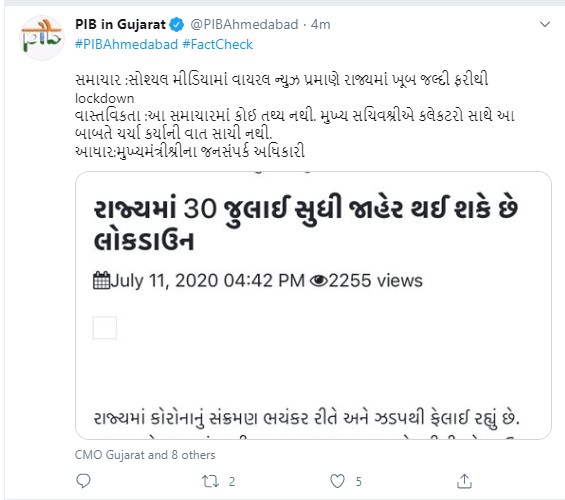 Currently, black corona is seen in Gujarat. And now over 800 cases of corona are being registered daily in the state. The message that the government will implement lockdown again in the near future is going viral. However, as soon as the message went viral, the government took action. And the matter was clarified by the Chief Secretary of State. 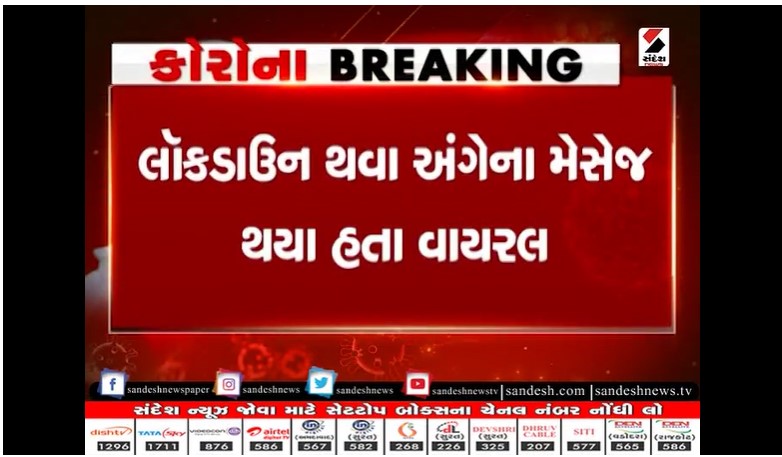 The Chief Secretary was contacted on the matter by message. In a telephonic conversation with the message, the chief secretary of state said there was no possibility of another lockdown in the state. The High Power Committee met at the CM’s residence yesterday. And the current situation of the state was discussed in this meeting. 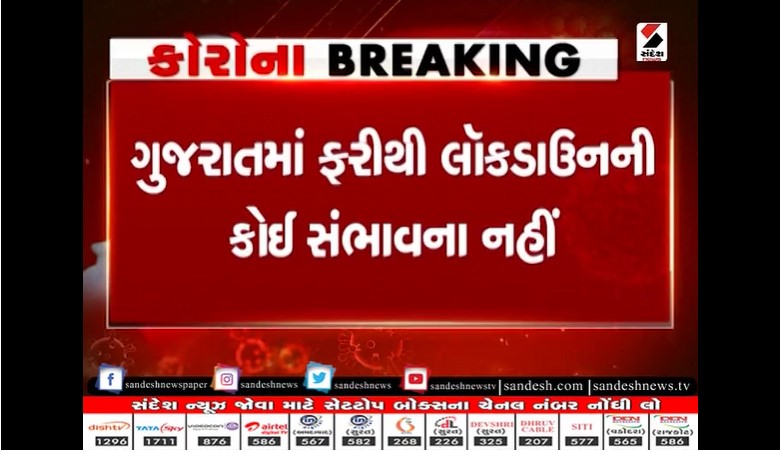 Rumors that the government is preparing to take even tougher action have gone viral as corona cases are on the rise in the state. In addition, the Chief Secretary held a meeting with the collectors of 19 districts affected by the Corona. The meeting discussed post-unlock operations along with social distinguishing and masking by citizens, as well as a serious discussion on whether there should be a partial lockdown in the area where the corona grows.