Every country in the world is trying its best to combat the spread of Corona virus and technology is being used extensively. The Government of India has developed the ‘Health Bridge App’ to break the chain of transmission of the virus by identifying people who are more likely to be infected with the corona virus with the help of contact tracing.

The app can only be effective in government efforts when more and more people are using it. For this, the government has also launched a version for feature phones after launching Android and iOS versions in the app. Now, after a lot of publicity for the app, the number of its users has reached around 14 crore, according to the app. Although this number is too small to make the app really useful considering the total population of India, the app is going to be very helpful in identifying people who are likely to be infected with the corona as well as in determining which areas are most at risk of infection.

Of course, experts in computer science from the Indian Institute of Technology (IIT) Mumbai and Delhi have expressed the view that there are many limitations to contact tracing using GPS and Bluetooth, and the Health Bridge app does not maintain user privacy. Given this, the spread of the corona virus cannot be controlled with the help of a single health bridge app.

Nevertheless, it is undeniable that the health bridge is an important step in the various measures being taken to combat corona. 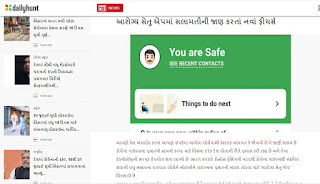 The government has also made several changes to the app in response to questions against the app. The option to stop using the Health Bridge app to make it more acceptable is also now given. Now if a person wants, he can delete his entire account by deleting the data provided by him in the Health Bridge app. However, even after we delete the account, our data on the Health Bridge server is preserved for 30 days and then deleted.

Thanks to a new feature that has just been added to it, the risk of corona infection against all the people we’ve come in contact with in the last 30 days can be seen in the app. In addition, if we upload our own data to government servers, how many of the people we have come in contact with are mild or high risk and how many are infected. It also tells us on what date, for how long, and approximately where we came in contact.

The results of corona tests performed on people in India are uploaded in the database of the Indian Council of Medical Research (ICMR). And based on these data, these details are given to the user of Health Bridge. 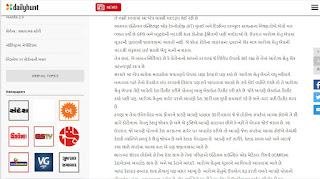 It also turned out to be somewhat messy. When we start using Health Bridge we have to give our mobile number, name. One day when a person started using this app in this way, he suddenly found out through the app that it was ‘Corona positive’ – even though he did not take any test. The investigation revealed that another person had taken the test and then he mistakenly gave the person’s mobile number. Apart from the mobile number of each person, other details like name, address etc. are also recorded during the test. However, it is a novelty to note that a person is positive in the Health Bridge app based only on the mobile number. But this shows that technology also has its limitations.

See also  How to save a job in the future

Thus Google-Apple’s service has been developed to keep a person’s identity completely private. While these details are requested in the Health Bridge app, it does not seem possible to combine the two.