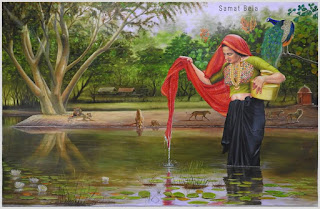 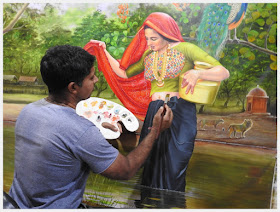 He was also selected by the Election Commission as an icon: he has received many awards 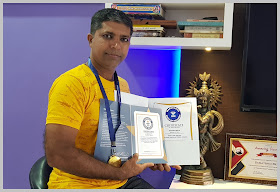 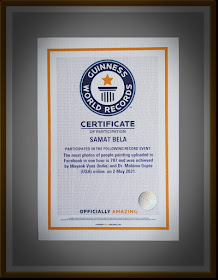 Samatbhai Bella, a farmer teacher from Jam Kalyanpur in Devbhumi Dwarka district, has made a name for himself in the world of painting in a very short time. 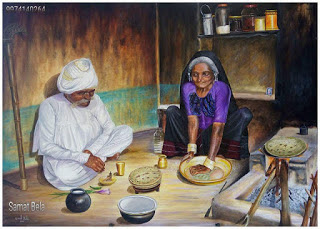 Samatbhai did not inherit the art of painting and had no contact with any of the great painters in the area where he was born.

Even so, his desire to learn painting led him to become an accomplished artist. 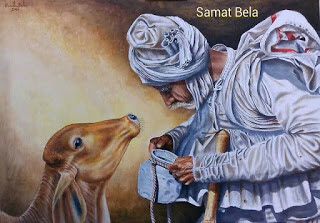 Spontaneous paintings have crossed the borders of the country today.

Samatbhai draws his picture on canvas through oil.  Pictures that are liked at first glance seem to be just now spoken, also called a living picture style.

He is currently working on two picture series.  In which one is “Rangdhara of Saurashtra” and the other is “Krishnamay”.  Both of their series are very popular. 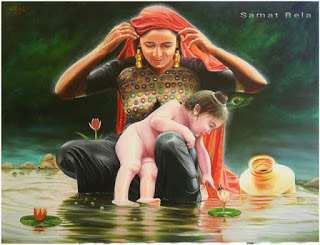 Made the rural folk life of Gujarat a center of attraction all over the world through a painting.

The pictures of old people, children, women and animals seen in his paintings are full of price. 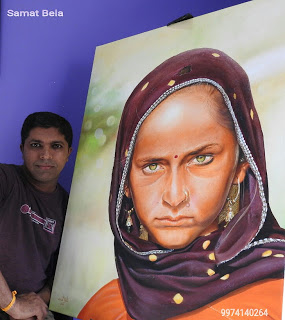 He has done a noble job of painting a picture of the people living in many diverse areas like Gir forests, Barda Dungar, dry areas of Okha.

Samatbhai considers it his art duty to bring the unique folk life of Gujarat to the forefront of the world when it is struggling against the geographical conditions.

In the Krishnamaya series, Samatbhai has created pictures revealing the prices of how people live in Krishnamaya.  Samatbhai’s paintings clearly show that he is a deep Krishna lover. 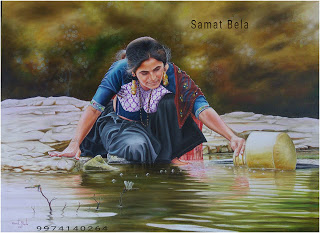 His devotion to Krishna is evident in his paintings.  And each picture is not only beautiful but also expressive.

Today Krishnamaya’s paintings have become very popular among Indians living abroad.  Even today Samatbhai lives a normal life as a teacher in the village. 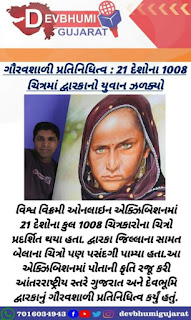 But impressed by his art, people from home and abroad come to meet him.

Foreigners from countries like Switzerland, Norway, America have come to visit them in a small village. 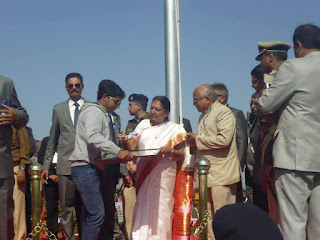 So far, a total of 30 paintings have been exhibited nationally and internationally.  His paintings have been exhibited in most cities of India.  These include Indian cities like Mumbai, Delhi, Ahmedabad, Surat, Indore (Madhya Pradesh), Calcutta, Vadodara, Jodhpur (Rajasthan), Rajkot, Jamnagar.  As well as international cities such as Singapore and New York.  Samatbhai’s collection of paintings is also available in cities like America and London. 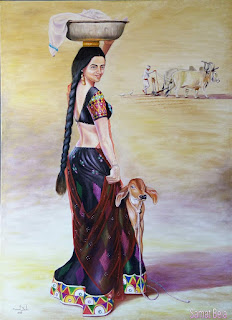 Samatbhai, an artisan, has been honored with letters of commendation by many organizations.

So far, Samatbhai has been honored with many national and international awards in the field of painting. In 2012, he was honored with National Awards in Jodhpur, Rajasthan and Indore, Madhya Pradesh, and in 2016, he was also honored with Best Artist at the International Art Fair in Vadodara. 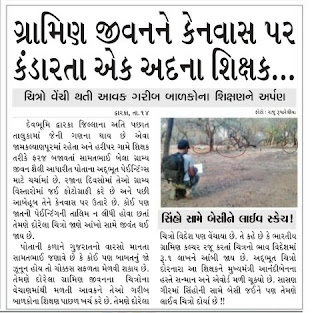 He is also entitled to special honors like “Ahir Ratan” by Ahir Samaj.  He was also declared as an “icon” of Devbhoomi Dwarka by the Election Commission. 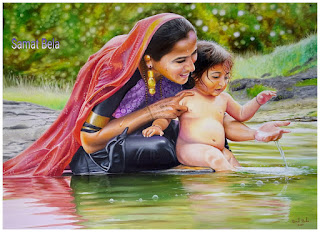 This style is famous painting style of Bihar. Mainly found in Darbhanga extensions of Bihar.Some areas of this style are also found in Nepal. 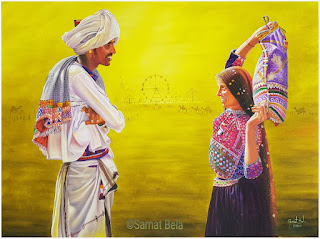 👉READ NEWS REPORT FROM HERE
The human and needs to be confused and the loneline in the prophecy of humanity, trying to make the community of nature to enjoy the rural Lokjian and enjoying the same folk to the community, to put the community through the art of their picture.
Sahabhai has been a noble acting to breed culture by his paint. Everyone who lives in his own picture and country abroad, is his intention to honor the inheritance of Indian rural life.
They believe that he is a day-free village will remain only in the pictures of their villages