LPG cylinder will not get subsidy in this month also

There has been a big cut in the prices of LPG Cylinder, but this time either Subsidy will not be available or it will be received only by name. Actually what has happened is that the prices of gas have reduced so much that now the prices of Subsidy and Non-Subsidy cylinders have become the same. This situation is probably the first time. Let us understand how the screw is stuck this time for those who want Subsidy. 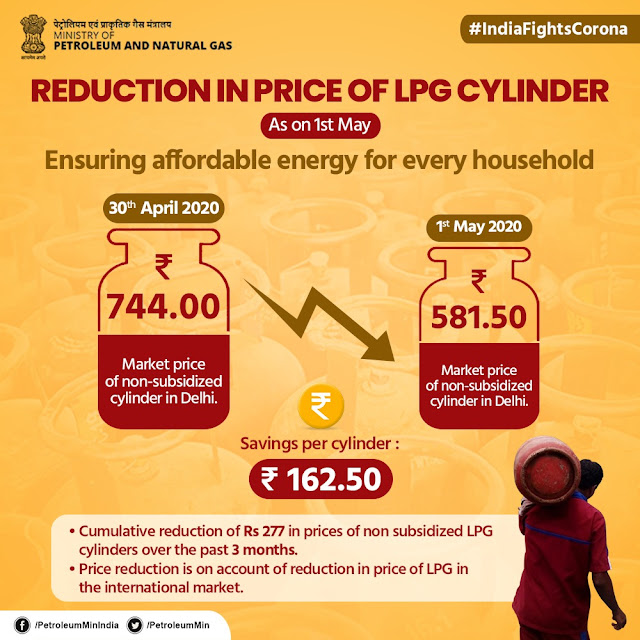 LPG LPG manufacturing companies have drastically reduced the subsidized LPG price this month. Perhaps the biggest decrease in the history of LPG business has never been seen. The price has dropped to Rs 222 per cylinder. Based on the base rate fixed by the central government, this time only five rupees will be deposited by the Union Petroleum Ministry as Subsidy subsidy in the card holders bank account. The Union Petroleum Ministry has currently fixed a base rate of Rs 605 per cylinder. Subsidy subsidy amount to five rupees this month according to the base rate. 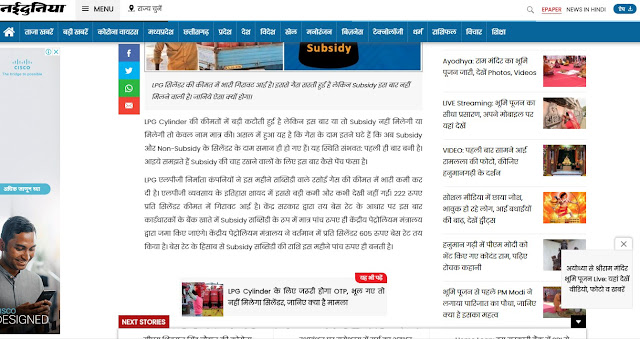 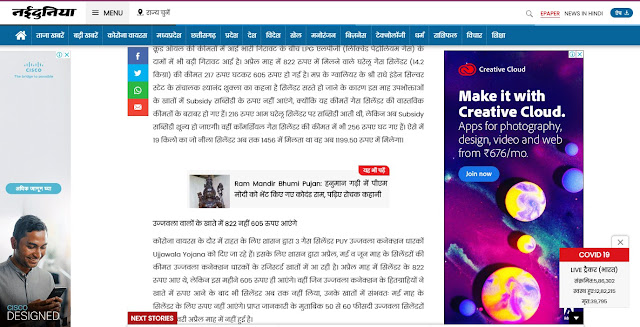 LPG LPG (Liquid Petroleum Gas) prices have also come down drastically amidst a steep fall in crude oil prices. In April, the price of domestic gas cylinder (14.2 kg), which is available for Rs 822, has been reduced by Rs 217 to Rs 605. Shyanand Shukla, Director of Shri Radhe Indane Silver State, Gwalior, MP, says that subsidies will not come to consumers’ accounts this month due to the cylinder becoming cheaper, as these prices have become equal to the actual prices of gas cylinders. There was a subsidy on 216 rupees for a common domestic cylinder, but now subsidy subsidy will be zero. At the same time, the price of commercial gas cylinder has also reduced by Rs 256. In such a situation, the 19 kg blue cylinder which was found in 1456 will now be available for Rs 1199.50.
RAM MANDIR BHUMI PUJAN LIVE

For relief in the era of Corona virus, 3 gas cylinders are being given to the PUY Ujjwala connection holders Ujjawala Yojana by the government. For this, the price of cylinders of April, May and June is coming in the registered accounts of Ujjwala connection holders by the government. In April, the cylinder costed Rs 822, but this month will only cost Rs 605. On the other hand, the Ujjwala connections whose beneficiaries have not taken the cylinder even after receiving the money in their account, may not get the money for the cylinder in the month of May. According to the information received, 50 to 60 percent of Ujjwala cylinders have not been delivered in the month of April.
VAHALI DIKRI YOJNA 110000 SAHAY

The consumer also has to pay GST

In lieu of buying LPG cylinders, GST GST also has to be filled by consumers from their own pockets. Subsidy: Consumers buying subsidized 14 kg gas cylinders have to pay five per cent GST and those buying commercial cylinders 16 per cent.

See also  MILESTONE: Why are the colors of the milestones seen on the road different? Learn what each color gives a hint.
The government’s decision to up the price of subsidised cylinder over the past several months along with the recent fall in non-subsidised LPG price has led to zero subsidy for the first time in years.
In fact, according to a calculation by a Nomura report, oil companies may end up making an over-recovery of Rs 120 on every cylinder in May.
ANGANVADI MA MOTI BHARTI
The introduction of the Direct Benefit Transfer scheme in January 2015 — in which consumers would pay full (market) price for non-subsidised cylinders LPG cylinders, while the government reimburses a subsidy amount directly into their bank accounts — promised to usher in a new, transparent pricing regime.
In the previous system, oil marketing companies would sell cylinders below cost to consumers, and then wait for the government to reimburse them for the losses (also called under-recoveries in industry parlance). 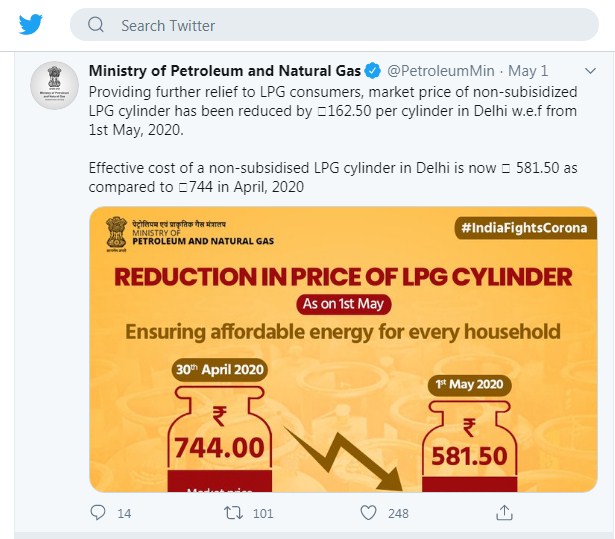 Then, recently, international oil prices crashed because of a supply glut and a demand crash induced by the COVID-19 crisis, leading to first shrinkage of under-recoveries to finally creating an over-recovery situation.
The market price of LPG cylinders is determined based on import-parity price of Saudi LPG price (with a one-month lag).
CRPF POLICE MA MOTI BHARTI
The price build-up also includes several cost elements which are generally fixed (and changed only periodically). These include bottling charges, cylinder costs, inland freight, dealer commission, return on investment and GST etc.
The full price of LPG cylinders is revised by oil marketing companies (OMCs) every month. (A cylinder costs Rs 611 in Delhi in May.) The subsidy amount is decided separately by the government.
However, with Saudi LPG prices rising by about USD 100 per tonne in May, Nomura expects over-recoveries to come down next month.

1 thought on “Subsidies will not be available on LPG in the coming days!”