big news!  WhatsApp will be closed on these smartphones from January 1, 2021, see if your phone is in the list..

At the start of 2021. From January 1, WhatsApp will stop working on some old Android phones and iPhones … See phone list. 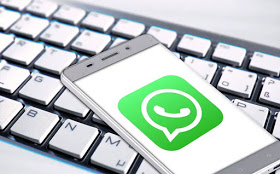 WhatsApp is closing in some old phones.

When the new year starts, WhatsApp stops its support for the old operating system and now the messaging app has released the list again.  At the start of 2021, i.e. from January 1, WhatsApp will stop working on some old Android phones and iPhones.  According to the report, iOS 9 and Android 4.0.3 will not work on smartphones operating below the operating system.  WhatsApp’s support page advises users to use the latest version of the operating system so that they can use all the features. Read also: whatsapp no salamt rite upyog karvani 7 sachi rit

It was told that iPhone users must use iOS 9 or above and Android users version 4.0.3 or above to use all the features of WhatsApp.  Let’s know which phone will stop supporting it.

WhatsApp will be closed on these iPhone models

Apple’s iPhone 4, iPhone 4S, iPhone 5, iPhone 5S, iPhone 6, and iPhone 6S will have to be updated with the operating system iOS 9.  For information, let us know that iPhone 6S, 6 Plus, and iPhone SE are the first generation iPhones, which can be updated from iOS 14. Read also: Whatsapp mathi delet thay gayela msg ane phota kem jova e mate saral rit 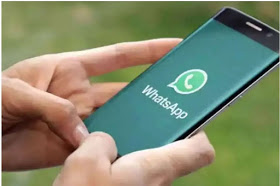 WhatsApp will not work on these Android phones

For such Android phones which do not work on Android 4.0.3, WhatsApp will not run on those devices.  This includes models like HTC Desire, LG Optimus Black, Motorola Droid Razr, Samsung Galaxy S2.  If you do not know which operating system your phone runs on, then the method of knowing this is very easy.  For this, you have to go to the settings of your iPhone or Android.

See also  Decision in the cabinet meeting: After Diwali in Gujarat

Similarly, the Android user must first go to Settings.  Here by going to About Phone, the user will be able to know about the operating system of the phone.  Those who have the option to update the phone, immediately update it with the latest software, while the users who do not have the option to update the phone, will have to buy a new phone to use WhatsApp.